Get fresh music recommendations delivered to your inbox every Friday.
We've updated our Terms of Use. You can review the changes here.

by The Lunacy Board 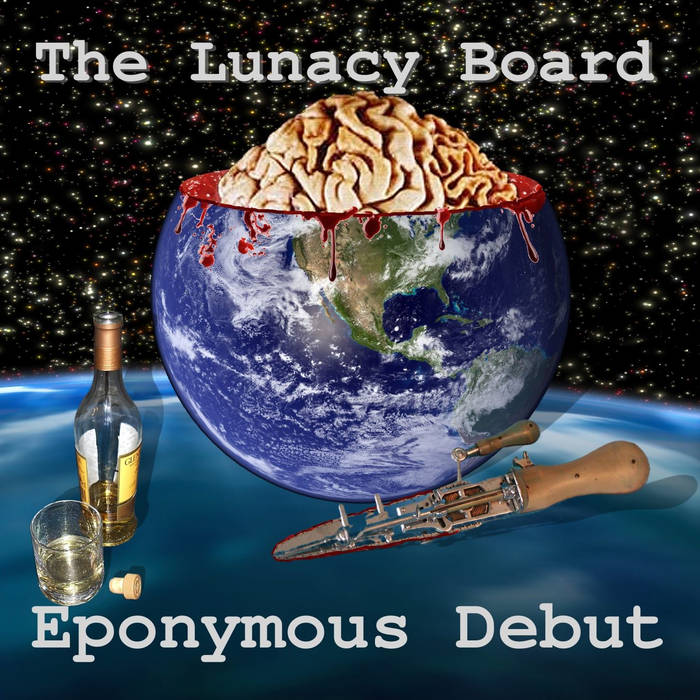 This album was not planned with a concept, despite our acceptance of the progressive rock labelling that describes only a part of The Lunacy Board's agenda and might suggest songs about Tolkeinesque quests or 10 minute drum solos as well as the obligatory concept album. Nevertheless, here it stands - our first album is indeed a concept album, after a fashion.

The concept is primarily thematic - the mental health of the world, which stretches from individual to corporate, governmental and global insanity. We look at some of the causes, the fallout and the cures. There are protests, rock 'n' roll, ambient soundscapes, strange synchronisations, serialist tonerows, waltzes and even the odd catchy pop tune along the way. There are lunatics, deaths, chavs, lobotomies, mythologies, neaderthals, warnings, lovers and then still room for a little hope.

The Lunacy Board Wien, Austria

Somewhere between progressive/post-rock and skiffle lies 'The Lunacy Board'. Sometimes lyrically cutting, sometimes instrumental, but always challenging and raw.

The Lunacy Board recommends:

Bandcamp Daily  your guide to the world of Bandcamp

Alex Rita and Errol from Touching Bass feature in our special London edition of the Bandcamp Weekly.